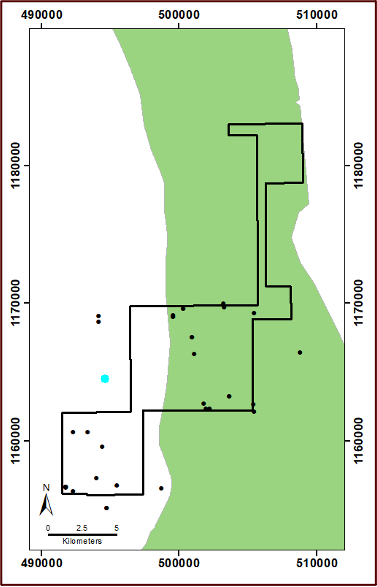 The Nako project is located in the southern Boromo belt to the north of major gold and copper- gold systems at Batie West (Centamin) and Gaoua (B2Gold). The project encompasses the major Boromo shear zone corridor where it coincides with the eastern flank of a major granitoid batholith that hosts porphyry-style (Cu-Au) mineralisation at Gongondy and Dienemera. Other deposits in the southern Boromo belt include the gold-only Batie West deposit and other smaller deposits of similar style such as Nassara. These deposits are associated with later N-S and locally NW- and NE-striking steep shear zones and are thought to be related to the Eburnean deformation event and form after around 2100Ma. The Kunche deposit in Ghana is located on a parallel structural corridor some 30km SE of Nako.

Nako has been the subject of stream sediment sampling and soil geochemistry. Results of these surface geochemical programmes are under analysis and will be followed up based on the results of that analysis.