These advanced stage drill-ready prospects – Dassa, Guido, Semapoun and Bantole – are within a 20-kilometres radius of the Perkoa Zinc Mine and were identified following a data compilation and integration exercise.

This work captured historical geochemical, geophysical and geological information from the project that is within the gold-bearing Palaeoproterozoic Birimian Greenstone belt.

Arrow’s managing director Howard Golden said: “The commencement of Arrow’s drilling program on the Vranso Project is the culmination of a concerted effort, following the identification of an outstanding gold exploration opportunity by the company.

"We have consolidated an enviable land position in a prolific gold belt with a huge cache of historical data that has sat dormant in terms of gold exploration for the past 10 years.” 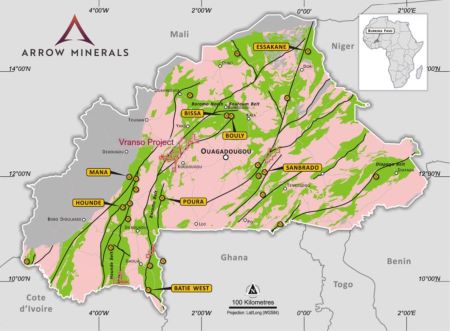 “With an experienced and well-funded team in place, a multi-faceted field program will be executed over the coming months.”

The RC drill program is expected to comprise about 50 holes to follow up previous results: 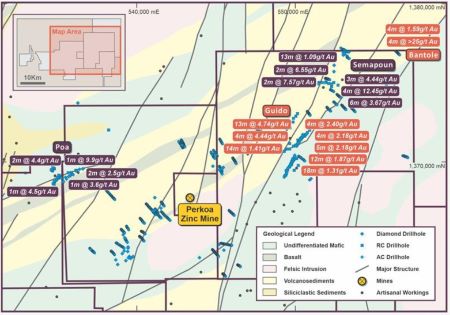 Guido, Semapoun and Bantole prospects are within 20 kilometres of the central Perkoa Zinc Mine processing facility with Dassa just to the west of Poa.

The project covers more than 1,300 square kilometres of the richly gold endowed Paleoproterozoic Birimian Greenstone Belt, the majority of which is yet to be evaluated using modern gold exploration techniques.