Arrow Minerals Ltd (ASX:AMD) has pinpointed an extensive mineralised gold system during a drilling campaign at its Poa prospect, which lies within the Divole East permit area in Burkina Faso.

The mineral exploration company returned as much as 9.9 g/t gold during its wide-spaced reverse circulation (RC) program, which involved 17 drill holes testing beneath shallow geochemical anomalies at the prospect.

Now, exploration continues over the broader Vranso Project at Burkina Faso, with an auger soil sampling campaign taking place to the south.

“The latest outcomes from Poa, when considered with the previous reported results from Main and Fold Nose 3, show an expansive gold mineralised system extending over 7.5 kilometres and remaining open in all directions.

“We have over 1,000 square kilometres of highly prospective Paleoproterozoic greenstones in the world-class Boromo belt within Burkina Faso.

“This result is proof the gold potential of this least explored and most prospective portion remains untested.

“This work will allow us to commence drilling as soon as practical following the wet season in Burkina Faso.” 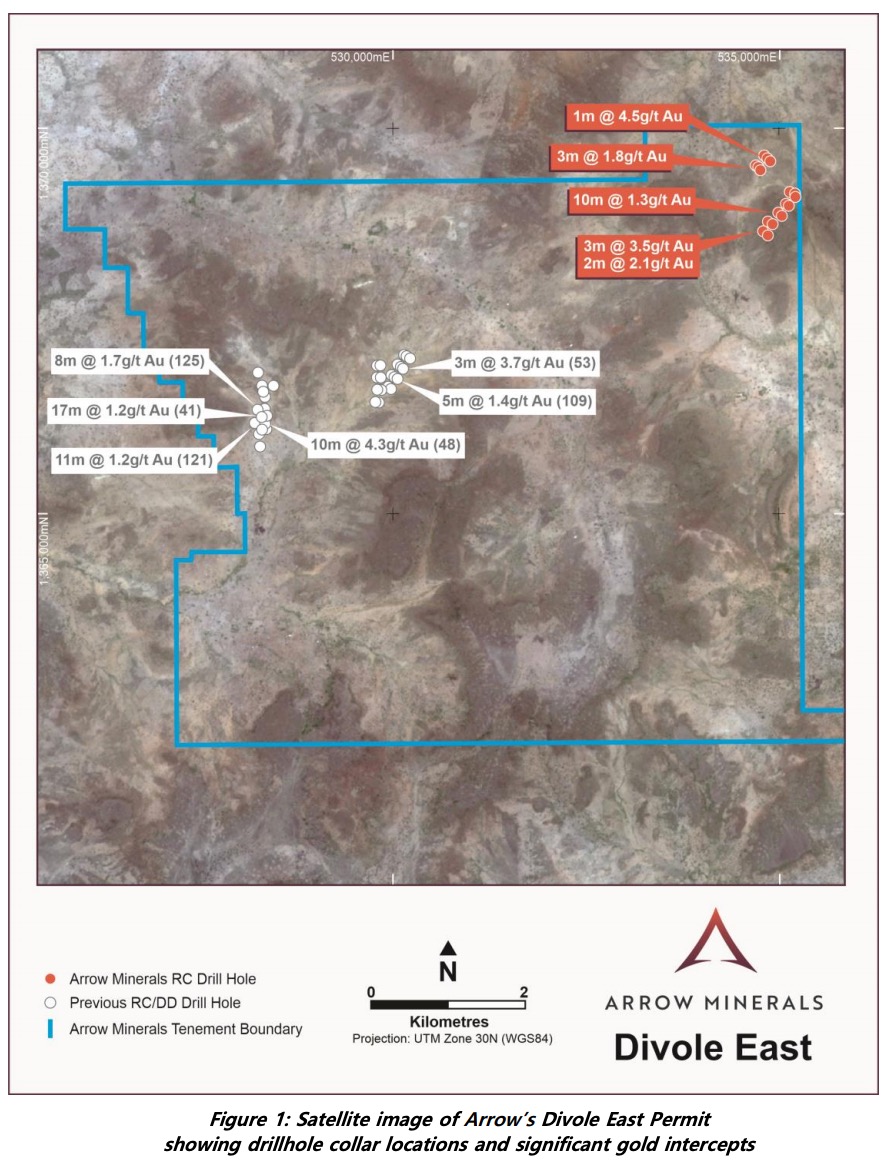 The results are in

These intersections succeed drilling results from the Boromo target, which include 10 metres at 4.3 g/t, 8 metres at 1.7 g/t and 10 metres at 1.2 g/t on the Divole East permit.

Some of the best hits from the RC program at Poa include: 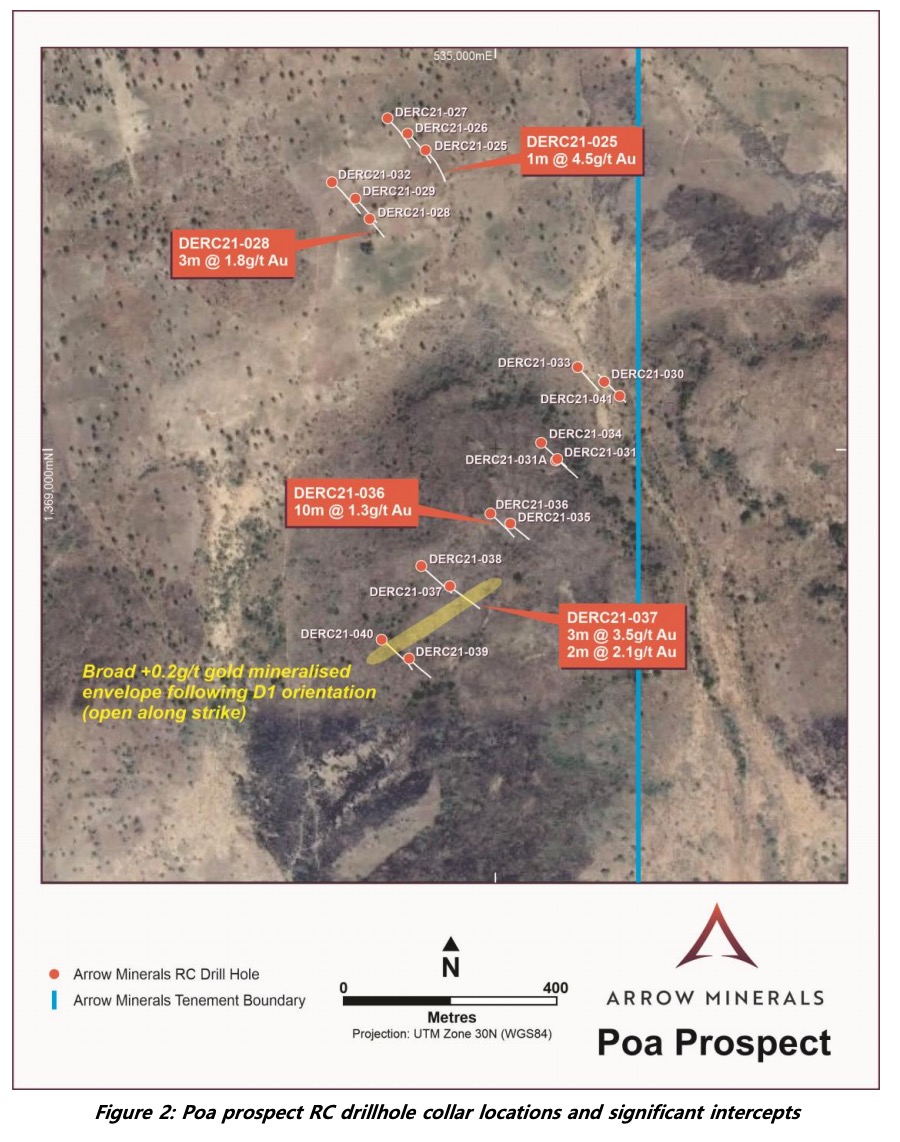 The gold grade distribution in both drill targets at Poa looks to be linked to the density and thickness of a specific phase of mineralised quartz veins associated with shear zones.

Although the exact orientation of these zones is unclear, they’re likely related to a regional gold trend known as D1.

Ultimately, Arrow believes the orientation of the gold-bearing structures at Poa prospect, as well as the broader Divole East permit region, is significant.

If the D1 orientation is a major influence on the mineralisation distribution at Poa prospect, results from recent drilling may reflect a number of sub-anastomosing sheeted vein sets.

Essentially, this would bode well for a large shallow oxide gold style target that is amenable to open-pit mining.

Moving ahead, Arrow will incorporate the recently acquired historical data with the Poa drilling results and conduct further analysis on the potential of the Divole East permit area. 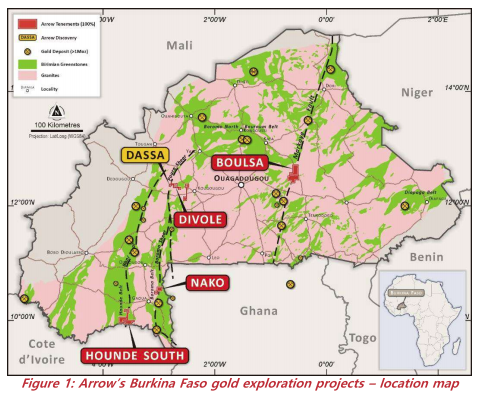 Since acquiring the extensive land package, known as the Vranso Project, the ASX-lister has sought to unlock its prospectivity with exploration and fieldwork.

Arrow also has access to historical geochemical, geophysical and geological data and is working to collate the information into a single dataset for the Vranso Project.

As part of the data validation process, several historical diamond drill holes have been identified throughout the project area, while the core from these holes has since been collected.

Interestingly, a number of historical drill holes have never been examined with gold discovery in mind.