Arrow Minerals Ltd (ASX:AMD) has firmed up its exploration prospects after unveiling a pipeline of gold targets at its Vranso Project in Burkina Faso.

The precious metals explorer has emerged from an intensive, two-month data compilation exercise that saw it hone in on a series of prospects at the West African gold camp.

Now, Arrow has embarked on what it describes as an aggressive, multi-faceted exploration program across its advanced and early-stage gold prospects.

A multi-purpose reverse circulation (RC) and diamond drill rig is en-route to Vranso, while an aeromagnetics geophysical survey should lift off before year’s end. 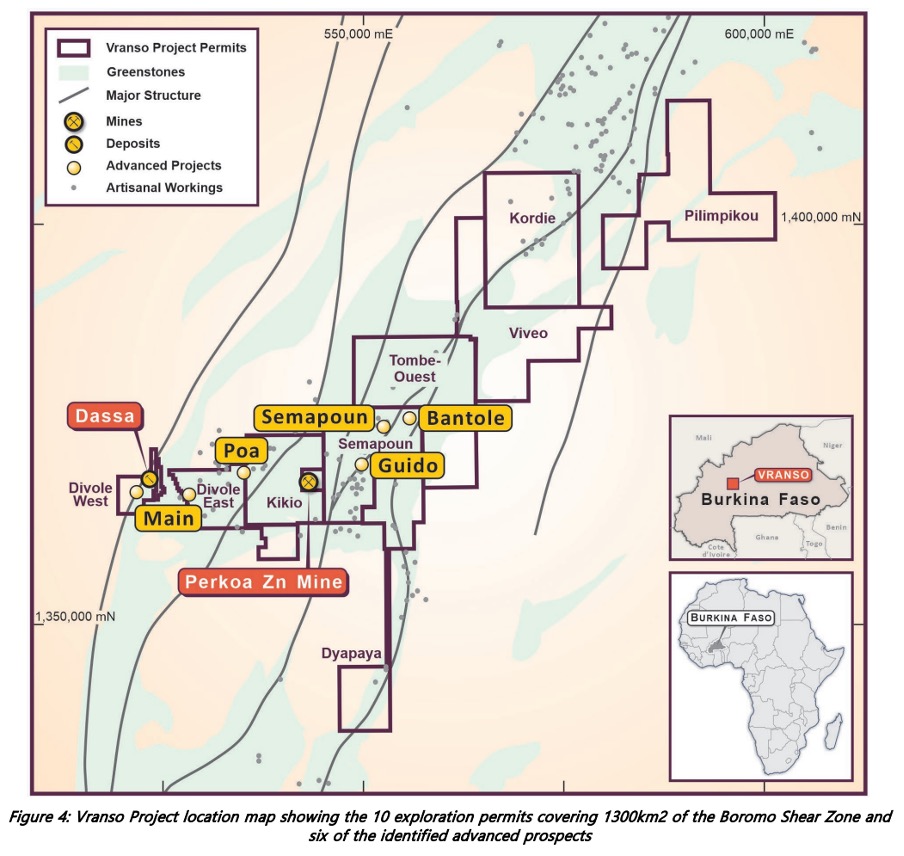 “The table is set”

Speaking to the program, Arrow managing director Howard Golden said: “The Vranso Project comprises a portion of the Boromo Belt that has seen little historical gold exploration, sitting in a gap in the belt that hosts numerous multi-million-ounce gold deposits to the north and south of Vranso.

“Arrow recently consolidated the more than 1,300-square kilometres project and compiled the extensive historical data, identifying several shallow high-grade gold intersections that have yet to be systematically drilled.

“It is rare to have such high-quality shallow gold results to follow up at this stage of exploration.

“The table is set for a drilling program that is designed to deliver results efficiently in an exploration space that already has shallow, high-grade gold results.”

Recently, Arrow closed the book on a detailed data amalgamation project, bringing together historical geochemical, geophysical and geological data as far back as 1982.

Now, it’s on the hunt to uncover new, shallow, high-grade gold deposits at Vranso through its intensive exploration campaign.

Out of Vranso’s six advanced, drill-ready gold targets, four will be explored in the upcoming campaign.

Drilling will kick off imminently on these precious metal prospects, which include: 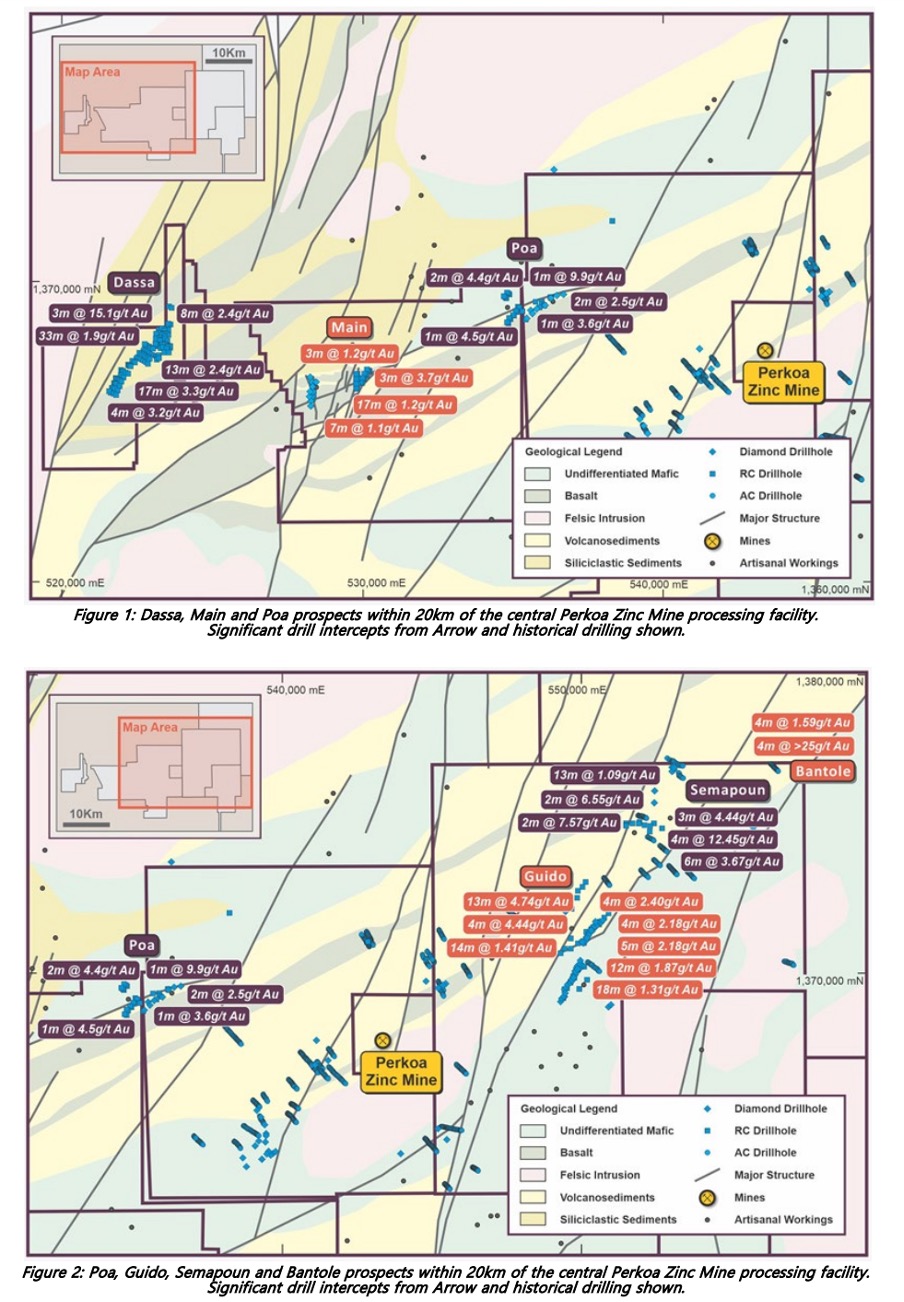 In addition to the advanced targets, Arrow is honing in on a series of early-stage prospects at Vranso.

With exploration underway, the ASX-lister hopes to pinpoint new gold systems and advance the targets to drill-ready status.

To do so, Arrow has planned:

He will reside for roughly six weeks to support and assist Arrow’s in-country exploration team as it carries out the program.

This area is host to numerous, multi-million-ounce gold deposits, including the Bissa, Bouly, Poura and Batie West gold camps.

Vranso covers more than 1,300 square kilometres along the richly gold endowed Paleoproterozoic Birimian Greenstone Belt, the majority of which is yet to be evaluated using modern gold exploration techniques. 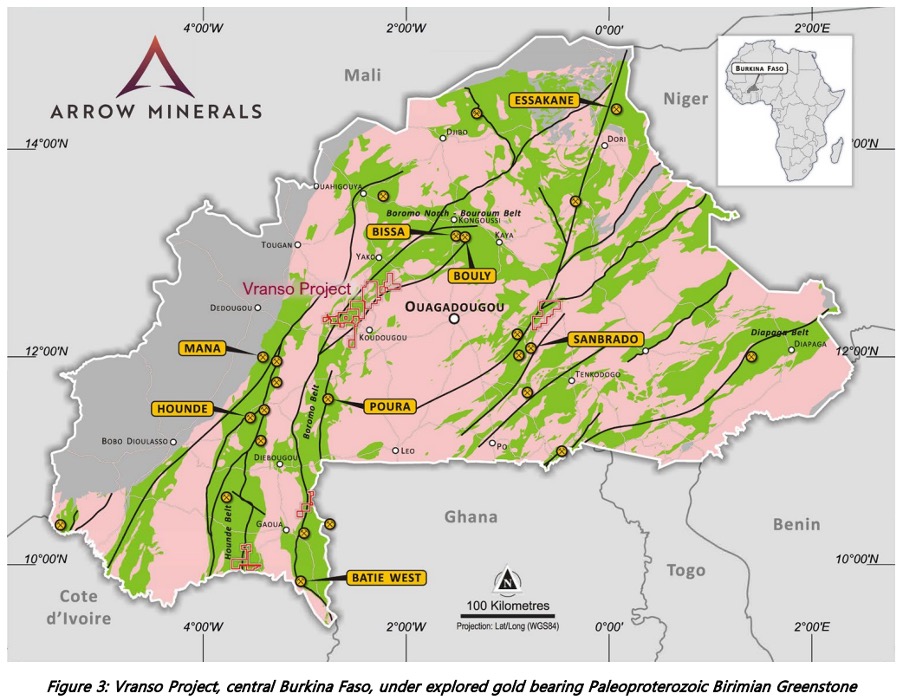