The agreement provides upside for Arrow as it consolidates a large gold footprint surrounding the Dassa discovery on its Divole West permit.

It also includes a reciprocal arrangement for Trevali to undertake base metals exploration on Arrow’s permits.

Chief executive officer Howard Golden said: “This arrangement is transformative for Arrow Minerals and gives us access to more than 80 kilometres of strike length along the highly prospective gold-bearing Boromo Greenstone Belt.

“This expanded exploration space greatly increases the probability of delivering significant additional gold to the developing Arrow portfolio of discoveries including Dassa and Divole East.

“At the same time, both companies retain exposure to exploration success in non-core minerals." 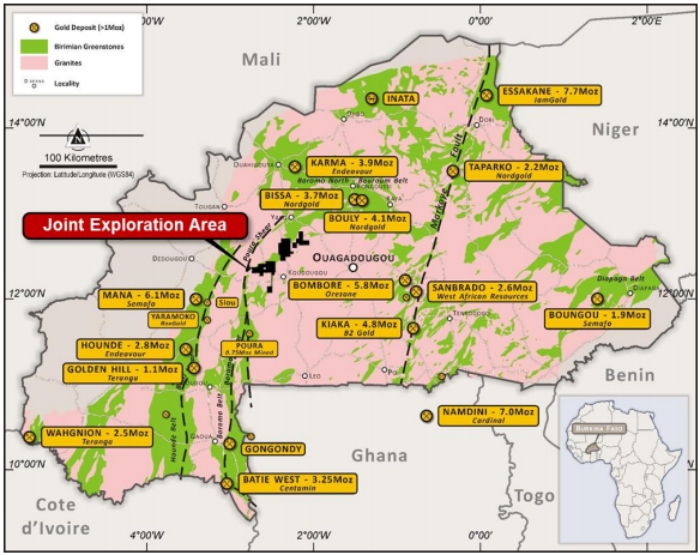 The agreement will provide significant upside for Arrow as it continues to consolidate its significant gold footprint surrounding the Dassa gold discovery on its Divole West permit.

It will also allow Arrow to expand its exploration activities as follows:

Golden added: “Previous work by Trevali and others along the length of the permits has highlighted areas of elevated prospectivity that Arrow intends to aggressively explore, commencing with a program of regional stream sediment sampling to start in March 2021.”

A 4,000-metre reverse circulation drilling program has been completed by Arrow at the Dassa gold discovery in Burkina Faso.

Drilling data is being compiled and analysed with results from the program expected to be announced in the next 10 days.

At the Strickland Copper-Gold VMS Project in Western Australia, work continues to complete regulatory and logistical preparations to test targets developed from geochemical and geophysical results.

The bulk of Trevali’s revenue is generated from base-metals mining at its three operational assets: the 90%-owned Perkoa Mine in Burkina Faso, the 90%-owned Rosh Pinah Mine in Namibia, and the wholly-owned Santander Mine in Peru.

In addition, Trevali owns the Caribou Mine, Halfmile and Stratmat properties and the Restigouche deposit in New Brunswick, Canada, and the past-producing Ruttan Mine in northern Manitoba, Canada.

Trevali also owns an effective 44%-interest in the Gergarub Project in Namibia, as well as an option to acquire a 100% interest in the Heath Steele deposit in New Brunswick, Canada.